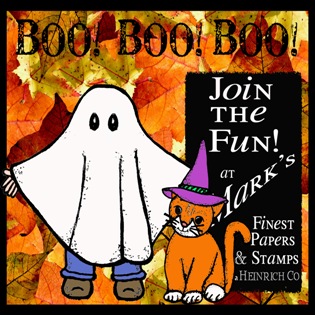 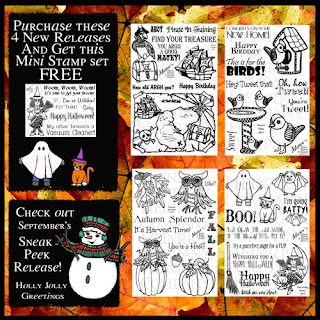 Please hop along with us!  You have a chance to win one of the above stamp sets!  Just comment on the following blogs (don't forget this one), each day for more chances to win!  (You do NOT have to comment on all the blogs each day!  The names are drawn randomly!)  All four winners will be announced on September 29, 2012  on the Mark's Finest Papers blog.  You can go back and comment if you missed a day.  (HINT:  The more you comment, the more chances you have to win and comments on the MFP blog count twice!)  The deadline for commenting is 11PM EST (12AM ATL) on Friday September 28, 2012. 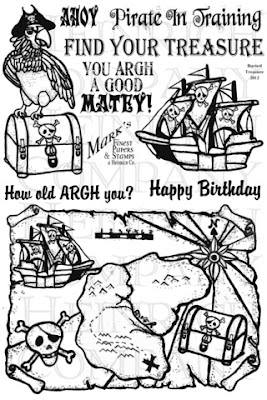 Yayyy, its finally here!! This is my first hop with this talented bunch of designers and I am sooooo excited!  Buried Treasure is such a fun set to start out with!  Did you know that Talk Like a Pirate Day was on September 19th?  Aye, it was matey, arrrgh!!  A few days late but better late than never!  Here is what I came up with: 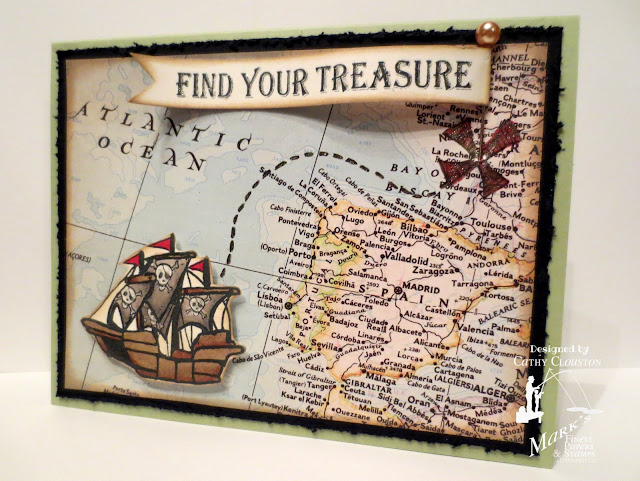 I love this set!  When I was trying to decide what to do for this card I was flipping through my patterend papers and I found this map sheet and I immediately had the idea of what I wanted to do.  I cut the piece down to fit my card, inked it, and cut the mat and card base to coordinate.  I frayed the edges of the black piece with a distressing tool. 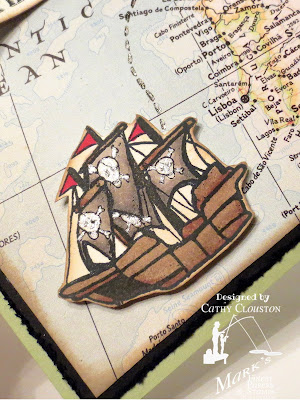 I stamped the boat and coloured it, then fussy-cut it out.  I was going to leave the edges white, but I just couldn't do it so I added a bit of creamy brown ink so that it would blend in with the rest of the card.  I adhered it in place with some foam tape, and added some glitter pen to the skulls.  Because every pirate needs glittery Jolly Roger flags, lol. 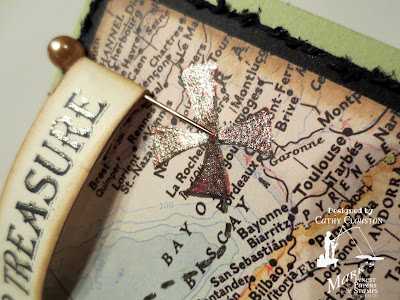 I drew a curvy dash line with a black felt tip marker, and drew a large red 'x' to mark the spot.  More glitter pen was added for more sparkle. :) 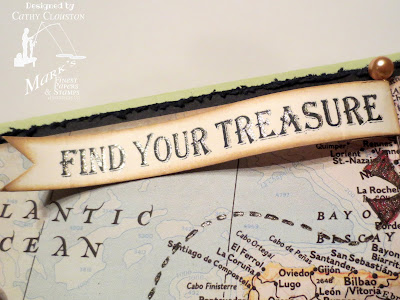 The sentiment was stamped on a strip of cream,more glitter pen added, and the ends of the strip were banner cut.  I inked the edges with more creamy brown, and folded the opposite end around a hat pin and glued it in place,  I used my bone folder to add a curve to the strip, and stuck the pin into the center of the 'x'.  I taped the sharp end of the pin to the back before adhering the panel to the mat, then the card front.  A glue dot holds the part of the banner that is touching the map. 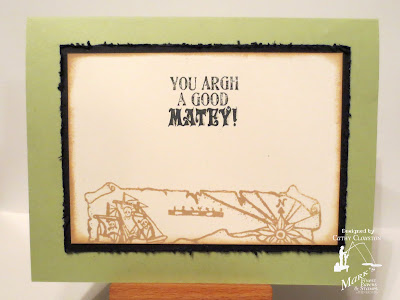 For the center I inked a piece of cream and stamped another sentiment, of course adding more glitter, and I decided to stamp a bit of the map from the set along the bottom.  I matted the cream piece with another distressed piece of black, which was adhered to the card.

All done! This card seemed to take longer to explain than usual, but it was actually a pretty quick card.  This was a great set to work with and I foresee using it for some kid birthday cards, invitations, and maybe grown up birthday cards too!

So that's it for me, why not visit the rest of the DT and see what awesome projects they've come up with?  As I've said before they are a talented bunch and you won't regret taking the time to visit each one!  And while your at it why not visit Mark's Finest Papers store and have a look at what they offer.  I have no doubt you'll find a few buried treasures of your own! :)

I used the following products to make my card:


I would like to enter into to the Fussy and Fancy Friday challenge - Trip around the world.
Posted by Cathy Dineen at 23:59

Thanks so much for your comments! I read them all and appreciate every word! :)

Cathy Dineen
I like crafts. For many years I was primarily a paper crafter, but I re-caught the knitting bug a couple of years ago and now I'm slightly obsessed. Ok, more than slightly. :)